Blurb:
In this novella, Tessa and Jake knew each other since they were infants. It took one drunken night for them to realize they were meant to be together forever. Life didn't see it that way. It takes an arch, a romantic cowboy, and a promise of forever for this couple to finally get their perfection.

Excerpt:
From the middle...
At three o’clock, Jake once again rode up on Midnight, dressed in a suit and white Stetson. This time, he had a rose attached to his lapel. And one long, stem white rose in his hand. Tessa watched him as he stood, waiting for his bride. She nearly screamed as she watched him. He was calm, cool and collected. She was a nervous mess.
She ran her hands down her hair and clutched. Just then... 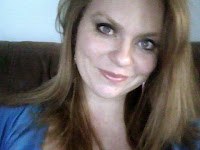 
Danielle Lee Zwissler was born in Dover, Ohio. A small town in Northeast Ohio. Her love of romance and cowboys have helped enrich her life and love of reading.
She is also big fan of William Shatner, Harry Potter, and all things Harlequin.
Her first novel, "Her Last Chance", debuted in 2010 with Firefly & Wisp Books. And then shortly after the sequel, "The Art of Seduction". In 2011, an up and coming publisher, "Books to go Now!" published a trio of short-stories called, "Trio of Sin".
Since then, Danielle has been featured in several anthologies, and 5 erotica books under her pen name, Heather Lane.
Currently, Danielle is working on several fantasy as well as a few western romances.
Her latest set of books are all part of a series called, "Cowboys & Cowgirls". This series features five books, all of the western nature, with sexy lead characters and several subplots. The first in the series is "The Cowboy's Bride" which is now available on paperback as well as ebook. Then the rest of the series will go as followed: Served, Cowgirl Up!, Cowboy Up!, Dakota Falls, and then Tiegen's Bride.

Danica Bridges-Martin
I am an American who lives in The Netherlands with my husband, daughter, & dog. We happily choose for me to be a stay-at-home Mom, but prior to this I was a loyal UPS NL employee. (With a dream of one day becoming an author.) I have lived abroad since 2002; as of now this is home, but to us, home is where we make it!